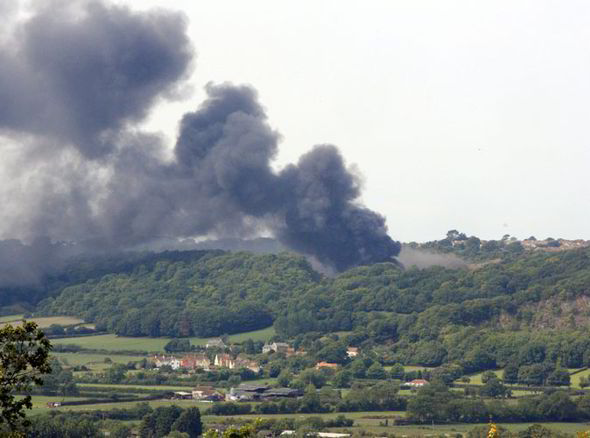 The (under construction) Police Firearms Training Centre in Black Rock Quarry, Portishead, situated directly beneath the Avon and Somerset Police regional headquarters was our target on the night of 26th August, and we left it with flames licking high. The facility is intended to serve forces across the South West.

After climbing into the quarry we used accelerant to burn the major electrical cables at five junction points throughout the complex, and doused and lighted a pallet of electrical fittings and wires. More than twelve hours later the fire is still burning. It put smiles on our faces to realise how easy it was to enter their gun club and leave a fuck you signature right in the belly of the beast, with a curious fox as our only witness.

On the same night others of us attacked two vehicles near St George, Bristol with paint stripper and by slashing the tyres – one G4S and one Amey. In the UK and globally G4S provide prison and security services and profit from many aspects of prison society. Amey, in a joint venture with GEO transport prisoners in England and Wales and run courthouses in Bristol and North Somerset.

In the City around us the lock down increases; there is a general atmosphere of rising fear and powerlessness; there is more and more surveillance, and security guards with handcuffs appear on more and more doors. Tensions across the world are simmering as people lose faith in the system. As a response to this insecurity the state is militarising it’s police with firearms, remote control drones and ‘non-lethal’ weapons that regularly kill. At the same time they develop the preventative ‘soft cop’ buffer of community support officers, liaison teams and so on, that are more fitting with the democratic image. They even get some help from leftists such as John Drury from Aufheben with his contributions on crowd control, who is as terrified of the unmanageable as the ruling classes are. The British state is a world leader in counter-insurgency techniques. Their expertise is the result of generations long brutal colonisation, like in India, Kenya and to this day in Ireland.

Two years after the major UK riots we think an important door was opened for radical and combative refusal of our daily existence on a wide scale. For those of us who took to the streets it was a breath of clean air in the dungeons, a reminder that the encroachment and control is not complete. Even when the apathy and isolation seems to have taken hold again we continue our attacks. The police and security industry specialise in making us feel powerless in our own lives, and making these attacks goes a long way to overcoming this feeling.

This is also our way of marking two years that Bristol anarchist Badger has evaded capture after the riots. Stay free, keep fighting!

Speaking of which, the night of our action coincides with the announced start of the planned cull of wild badgers in the South West of England. Through attempting to facilitate the cull and stop resistance the police shore up the interests of agricultural industry and the land owning classes. We hope this will be one of many rebellions against this slaughter. Because the state and corporate security forces are integral to this world of exploitation and authority.

Our best wishes to the Greek anarchist Kostas Sakkas in recovery from a successful hunger strike for pre-trial release after 30 months on remand.

The struggle will continue until all are wild and free.