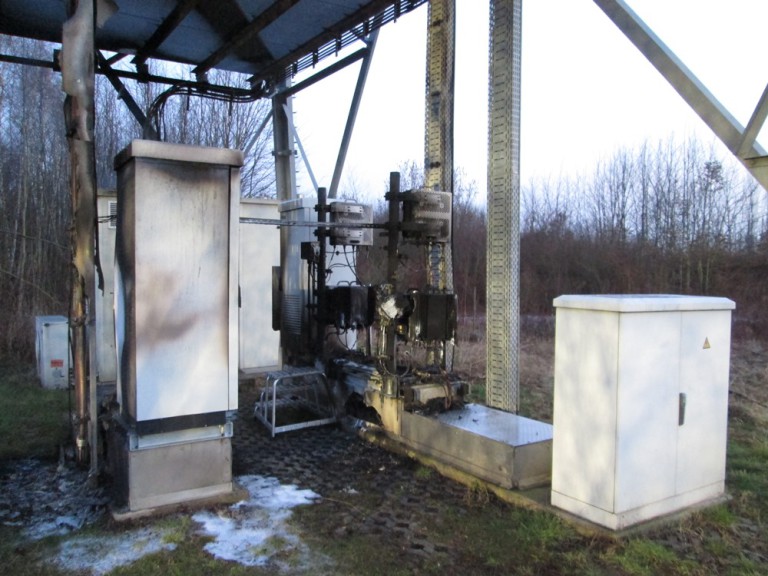 The axis of the rabble has struck. We set fire with the intention of considerably impairing the power supply and the grid connection of the large data centres of Deutsche Bank, Commerzbank, Deutsche Börse [that operates the Frankfurt Stock Exchange], and many others in Eschborn.

On March 16th, 2015, at 5am, the ground cables of an electricity pylon and three distribution boxes of Vodafone went up in flames on the outskirts of Eschborn near the A66 highway.

The side of the State tried to gag the disruption of the capitalist daily life by imposing a news blackout on Monday; however, telecommunication and power supply failures, as well as a large contingent of firefighters deployed in the early morning hours in Frankfurt did not go unnoticed.

The axis of the rabble 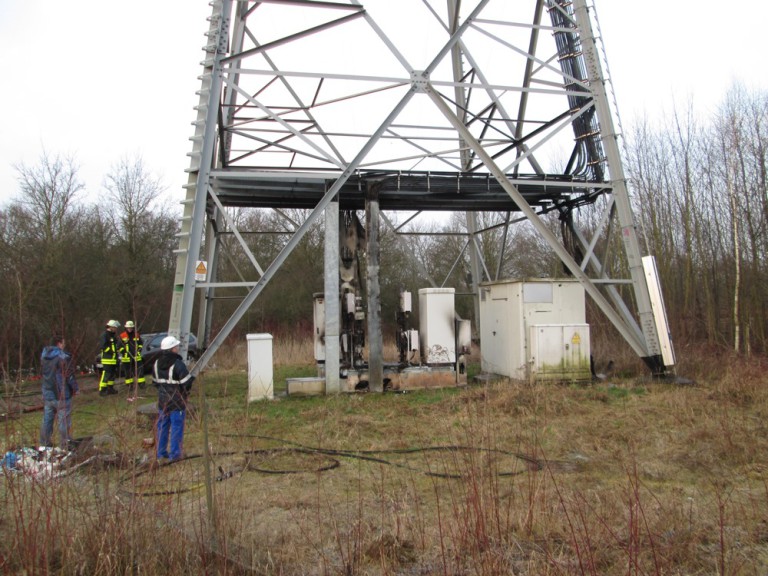 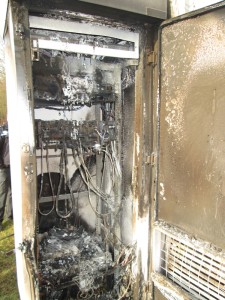