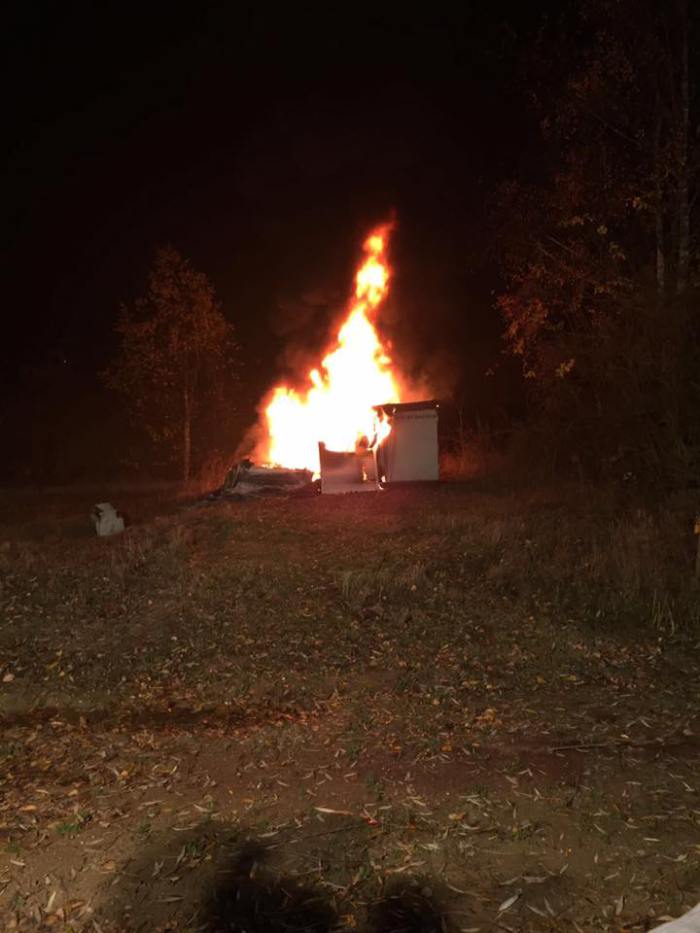 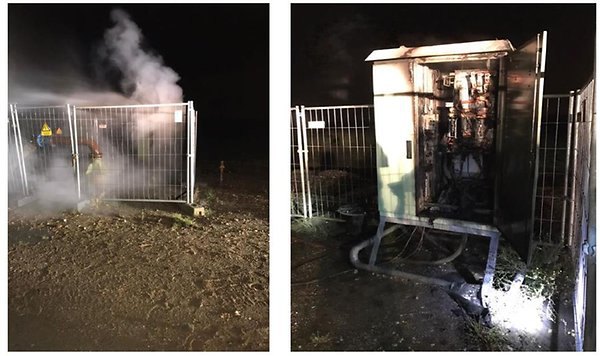 In the late hours of 25-11-16, we carried out coordinated arson attacks against the German energy multinational RWE in the vicinity of the Hambach opencast lignite mine. We have delayed this communique until now (11-1-17) for strategic purposes.

After a scout of the area, we split up and set fire to six pumping stations, two electrical transformers, one digger and a substation of the electrical grid.

Pumping stations are key pieces of the mines infrastructure used to lower the water table and prevent the flooding of the mine. They most often resemble a section of exposed pipe and an electrical box surrounded by construction fence. We prised open the electrical boxes using a crowbar and placed simple timed incendiary devices and a bundle of bicycle inner tubes inside to ensure the flames caught nicely.

The incendiary devices were composed of a candle secured to a firelighter cube with a strong rubber band. The candles burnt down slowly, then ignited the firelighters once we were safely away from the area. After smashing a window to gain access, we used the same devices to burn out the cab of the digger.

For the transformers and the substation we burnt car tires filled with gasoline soaked rags. We placed these beneath exposed insulated cabling on the substation and inside the transformers. Within several minutes these targets were engulfed in flames and as we departed the substation exploded, sending arcing electricity and purple flames ten metres into the night sky. Although this caused a blackout two kilometres wide, the local media-scum failed to mention it in any of their press, downplaying it to the burning of the two transformers alone.

As the techno-industrial megamachine grinds on every day, destroying and polluting all that is still wild and beautiful in this world, we feel that actions like this are a necessary measure to stay sane and remind ourselves that we are still alive amidst all of the destruction and misery of modern society.

After all, the only way one can enjoy the industrial landscape at all is by crawling around in the tall grasses and nettles with the other animals and finding a good vantage point from which to observe pillars of black smoke rising from the scorched machinery and infrastructure of civilization.

We wish to send a wink of complicity to the captive anarchists accused of bank robberies in Aachen and to Chilean prisoner of war Kevin Garrido, held for explosive attacks in the city of Santiago.

For the multiplication of attacks against RWE!

For anarchy and wildness!

– Scoundrels In The Night

From Act For Freedom Now